Where to Eat, Drink, and Stay in Mérida - Caban Condos

Where to Eat, Drink, and Stay in Mérida

Where to Eat, Drink, and Stay in Merida

Forget Tulum. Go to this colonial city on the gulf side of the Yucatán peninsula. 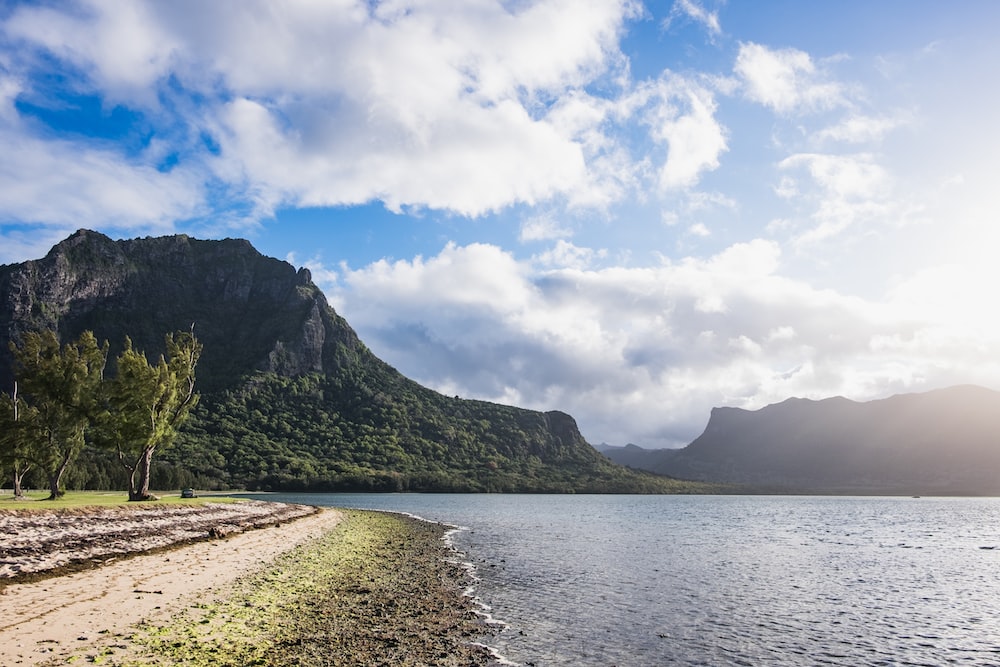 The narrow streets and cobblestone alleyways that make up downtown Mérida are easily walkable, and packed with charming boutique hotels and B&Bs. El Castellano by Gamma (double rooms from $47) is right around the corner from the landmark Parque de Santa Lucia, and steps away from busy restaurants and cafés. The bougainvillea-pink Rosas & Xocolate Hotel and Spa is small (only 17 rooms), but it’s big on amenities that pamper. The interiors and suites pop with color, and each room has a private outdoor bathtub (double rooms from $234). 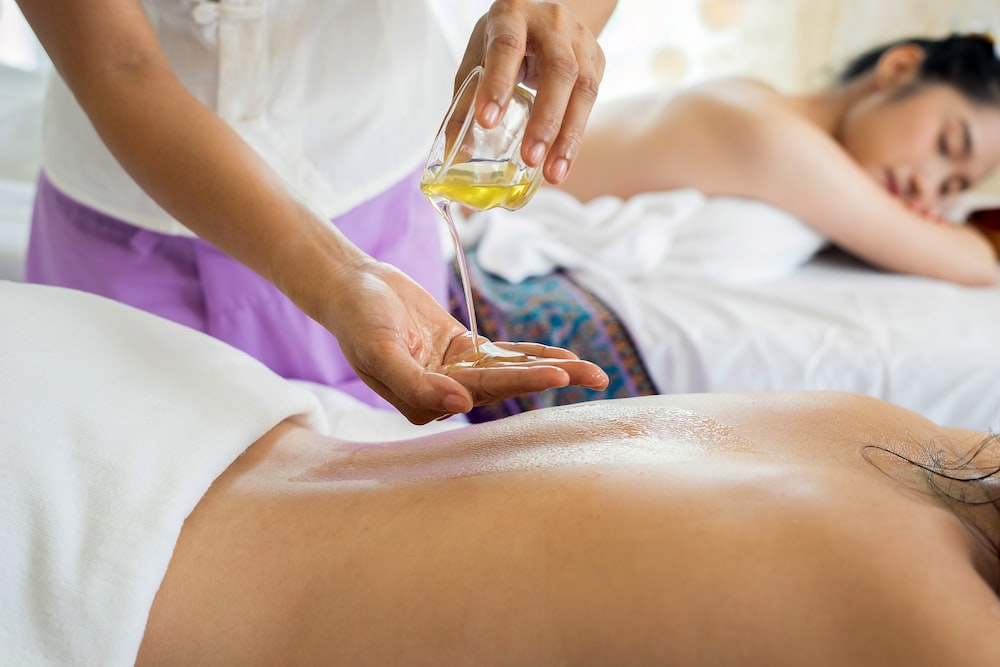 The new Hotel NH Collection (double rooms from $110) is right on Paseo de Montejo—the city’s historic artery lined with ornate mansions—and has sleek decor, a rooftop pool scene, and a hip restaurant that are reminiscent of hotels in downtown Los Angeles. It’s also connected to Paseo 60, a mall with upscale shops, cool eateries, and a craft beer bar.

How to Get There

For years, you’d have to fly from Dallas, Miami, or Mexico City to get to Mérida, but Volaris just launched a new direct flight from Tijuana that departs twice a week. Spend the $30 to use the Cross Border Xpress pedestrian bridge for a hassle-free trip to Tijuana International Airport and back.

Summers in Mérida are brutal: the temperature climbs to the high 90s, and it’s oppressively humid. It cools down in fall and winter, which is also peak season to see the flamingos.

Although Mérida is close to the sea, pork is the reigning protein in the Yucatán. This is the home of cochinita pibil—pork marinated in citrus juices and brick-red achiote, wrapped in banana leaves, and slow roasted. Even though the dish is easy to find in Southern California, you must try it from the source. 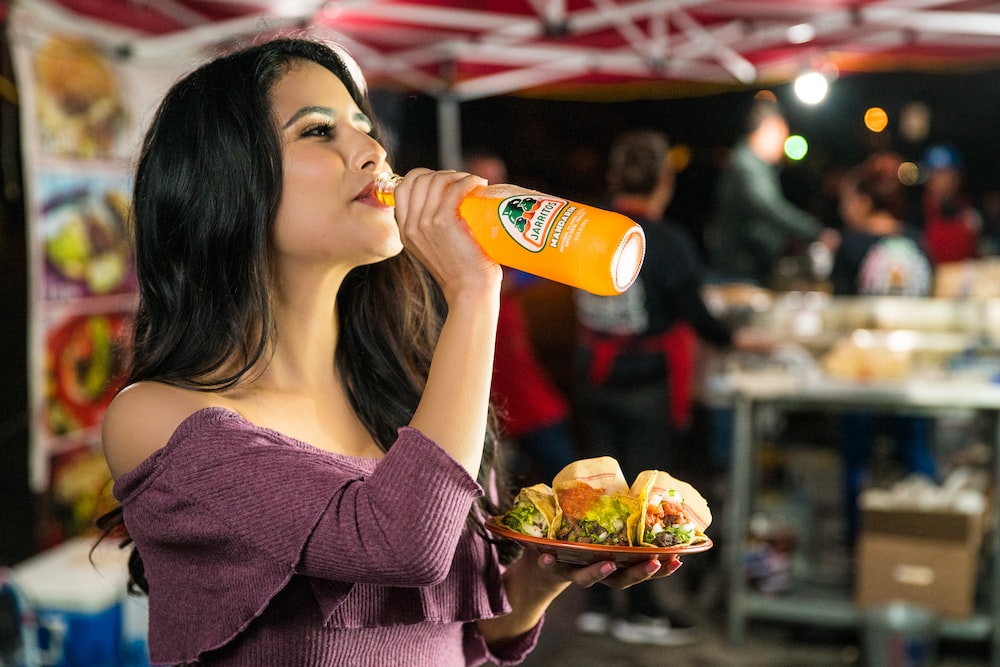 For your first dinner reservation in the city, book a table at the Museum of Yucatan Gastronomy. It’s a working museum and restaurant devoted to telling the story of how distinct Yucatecan cuisine is from the rest of Mexico, with a focus on indigenous Mayan cooking and ingredients and the influence left by the Spanish. Before dinner, watch cochinita pibil being unearthed from a traditional underground oven in a garden that replicates a small Mayan village, and see an exhibit that takes a deep dive into chocolate and chiles. Ordering several small plates is the way to go here. Try everything from fresh-made chicharrones to shredded pork with pickled onions and habanero sauce to papadzules, tortillas filled with hard-boiled eggs and dressed in pumpkin sauce. 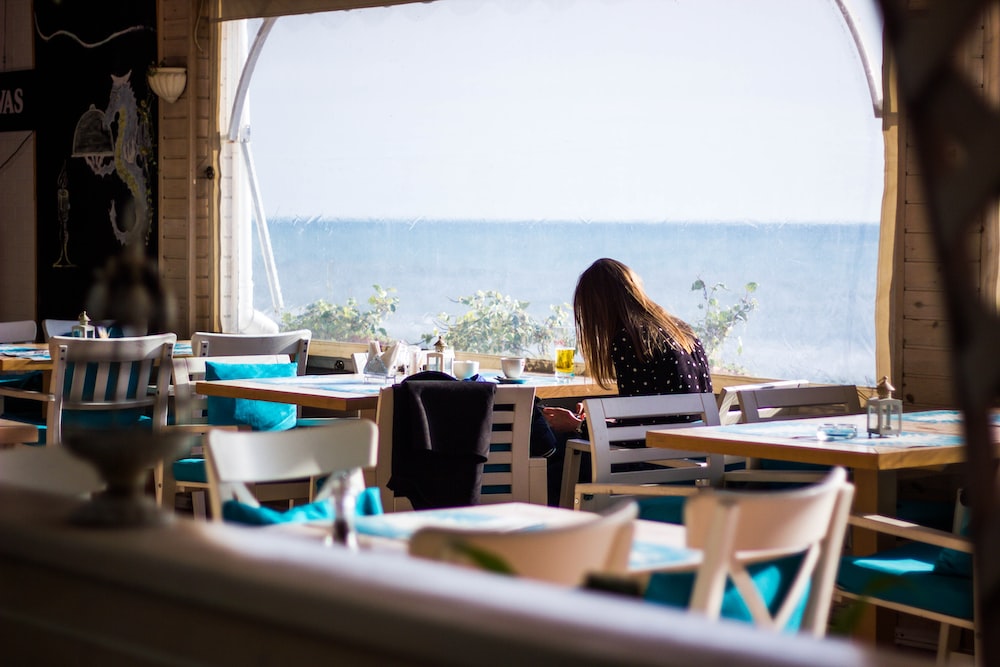 La Chaya Maya is a busy downtown spot that’s popular with locals, and the menu features Yucatecan cuisine with a modern spin. Warm tortillas are served in a hollowed-out gourd, and the sopa de lima, a lime soup with turkey consommé, is a specialty. K’u’uk, a restaurant housed in a 19th-century mansion that received acclaim from Food & Wine magazine, has a multicourse chef’s tasting menu that uses molecular gastronomy to beautifully plate roasted sweet potatoes, tamales with pork-liver sauce, and desserts with plantains and local honey. 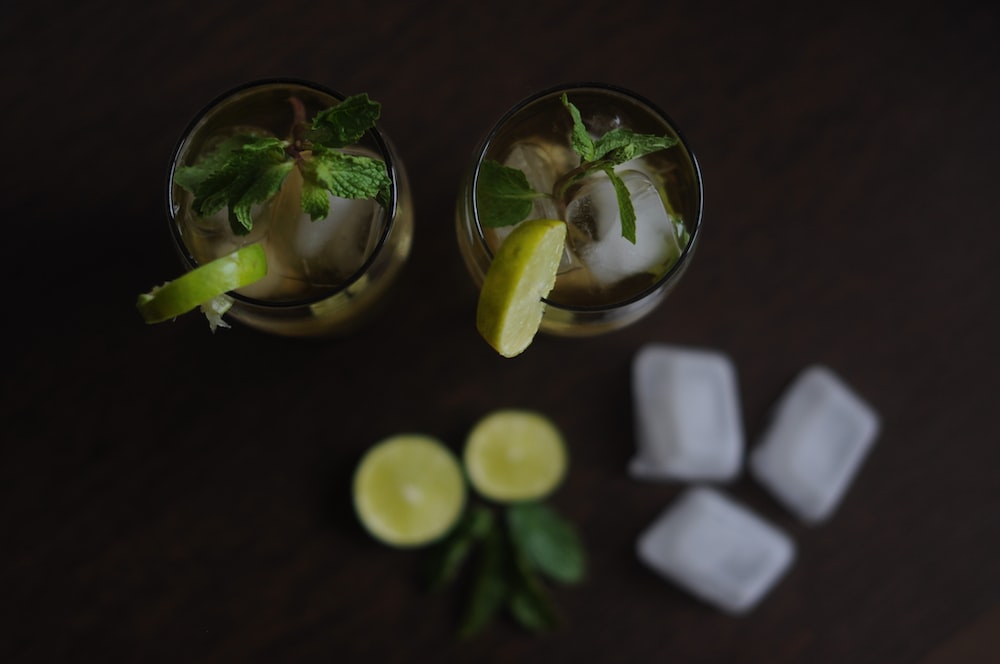 Chaya is a leafy vegetable that grows throughout the Yucatán and thrives in the sweltering climate. It’s similar to spinach, but has a clean, refreshing flavor and is said to be a superfood. In restaurants and bars throughout Mérida, it’s blended in margaritas and lemonade, and mixed into empanadas and soups. Although it’s customarily eaten raw, it contains toxic compounds, so make sure it’s cooked just to be safe. 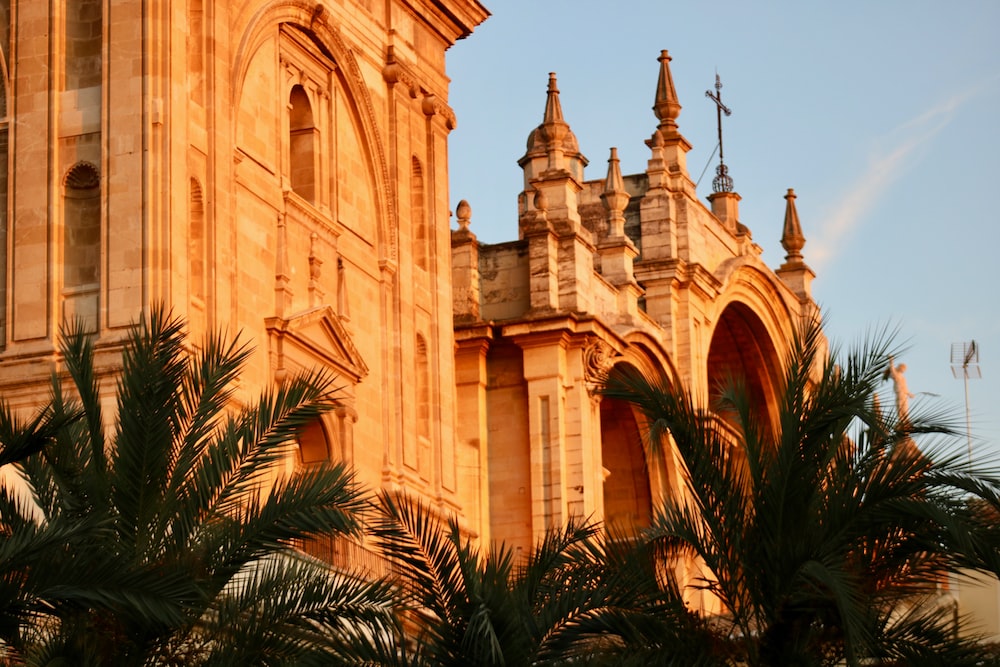 Mérida has several parks, but the Plaza Grande is the city’s nexus. The Catedral de San Ildefonso, built in 1561 and one of the oldest Spanish cathedrals in the Americas, watches over the bustling square and hosts weekly services and guided tours. The cathedral is flanked by the Governor’s Palace, which dates to the late 1800s and houses an impressive collection of murals by the beloved Mexican painter Fernando Castro Pacheco. Every Sunday evening, the plaza comes to life with food carts, street performers, and vendors selling local artwork. On Monday nights a local troupe performs the vaquería, a folk dance unique to the Yucatán. While the plaza is filled with plenty of benches to sit, the white “you and me chairs”—which connect by the arms and allow two people to sit and face each other—stand out as another cultural gem. 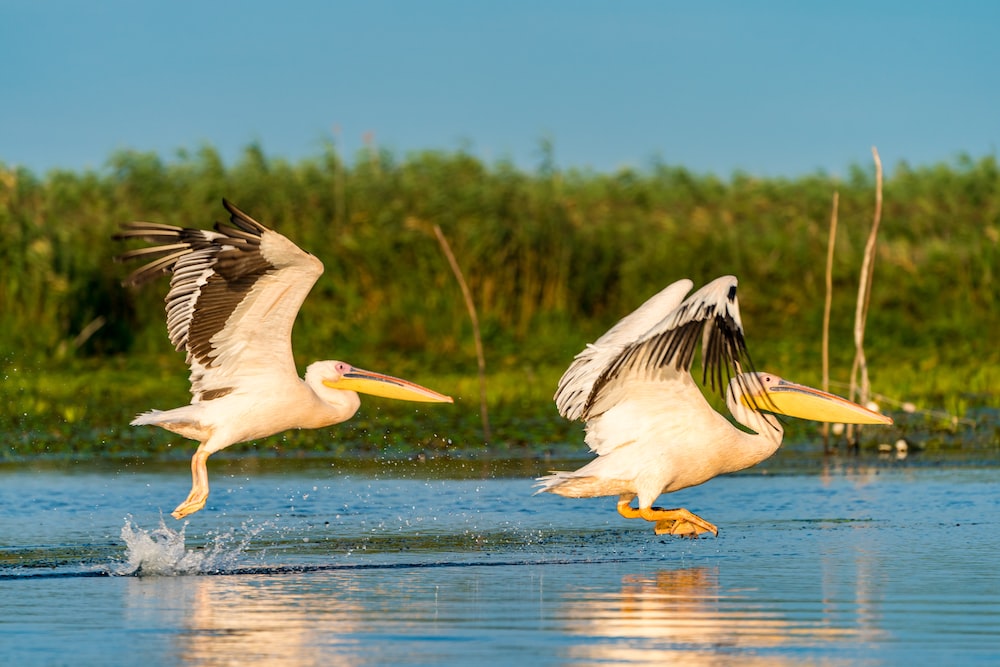 After exploring the city, head west to experience the gulf side of the Yucatán, which is more rural and not as packed as the Caribbean side. Celestún, 90 minutes away by car, is a sleepy fishing village that straddles the Gulf of Mexico and an enormous wildlife preserve of snaking waterways and crawling mangrove forests. Book a boat tour to see the flocks of flamingos that congregate here—as many as 35,000 migrate to Celestún every fall and winter—and watch as they take flight. If you’re brave, arrange for a nighttime tour to see crocodiles. You can opt to extend your stay on the coast by booking a room at Hotel Xixim, a high-end resort with luxurious suites, yoga classes, and palapas dotting the white-sand beach. 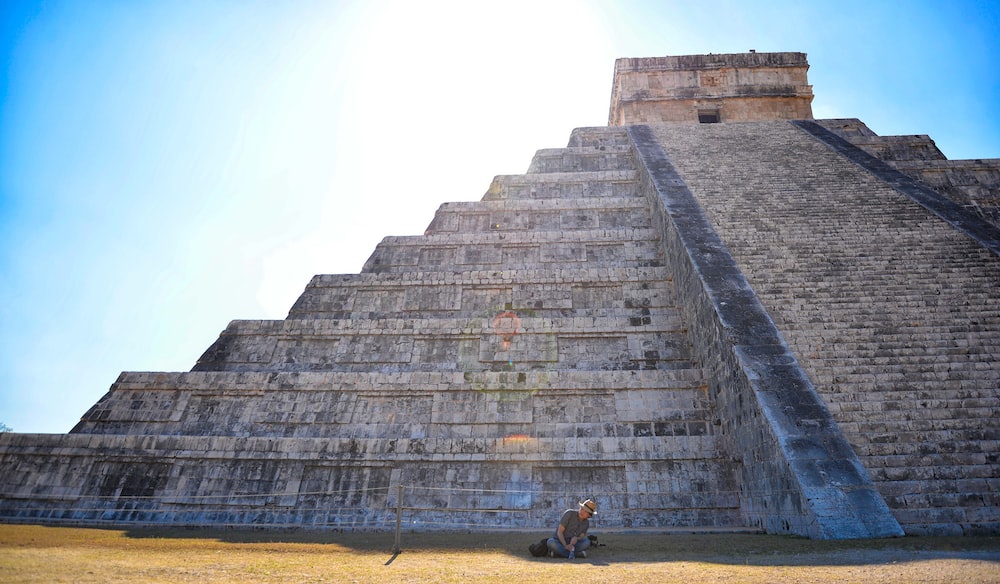 In this part of Mexico, visiting Mayan ruins is a must, and Uxmal (oosh-MALL), one hour south of Mérida, is one of the most significant archeological sites in the state and a UNESCO World Heritage Site. The ancient city spans 150 acres and remains nearly intact, despite being abandoned centuries ago. Marvel at the steep stairway leading up to the Temple of the Magician (which legend says was built in one night); the intricate mosaics, hieroglyphs, and images of deities; and the ingenuity it took to build these enormous structures without modern tools or mortar. 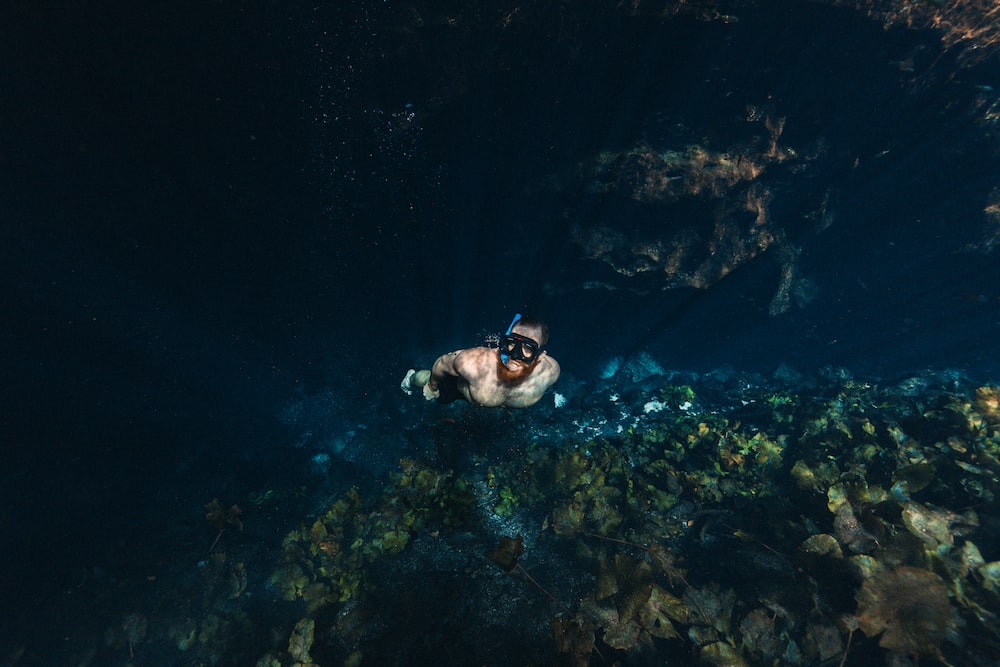 Swim in a Cenote

The landscape of Mexico’s Yucatán peninsula is pockmarked with several hundred cenotes (say-NO-tays), or underground sinkholes, filled with freshwater. The cenotes that I’d always seen in travel magazines were located in Tulum, where they’re now unfortunately overrun with visitors. That’s one of the things that makes the cenotes at Hacienda Mucuyche, one hour south of Mérida, special: They’ve only been open to the public for two years.

Hacienda Mucuyche was a working henequen (a fiber from the agave plant) mill owned by a wealthy family in the 1800s, and it houses a cenote that Empress Carlota of Mexico swam in. Fairly recently, a new owner purchased the historic home and surrounding land. They observed birds flying in and out of crevices in the ground, and when they started excavating, they discovered a second cenote lay below the hacienda.

A stone staircase descends to the first pool, which invitingly sits at the bottom of an open cliff face—everyone in my group stopped midstride on the stairs and audibly gasped at the sight of it. The water is alarmingly cold at first—frigid enough that you have to jump right in to get the shock over with—and smells lightly of sulfur, but the sensation soon fades. 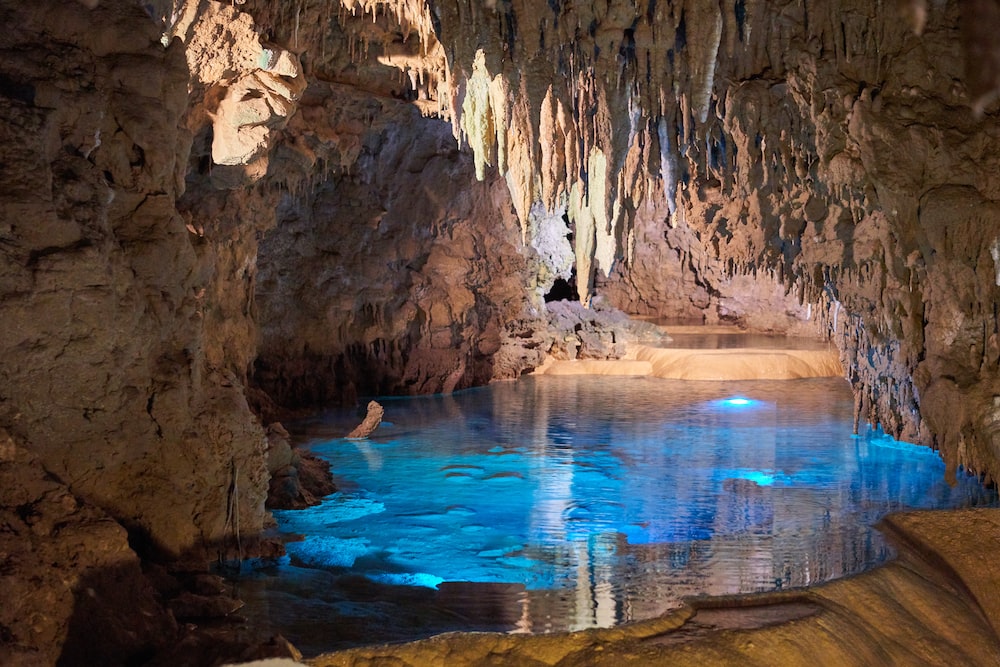 The pool is shallow and flows into a small causeway that floats past a 100-foot wall covered in vines and greenery. After exiting this natural lazy river, the ride seems like it’s over and you feel satiated—this pool was once fit for a queen, after all. But the star of Mucuyche awaits: the cave cenote.

A lit pathway carved right into a limestone wall ends at a gaping cave with columns of white stalactites and sparkling, electric-blue water. If it weren’t for the lights installed at the entrance and in the water throughout the cenote, it would be pitch black. The glittering, dark water eerily beckons, even though it looks like you’re about to step into something out of a sci-fi novel and wind up in an alien world. Swim into the center of the cave and its vastness reveals itself, along with crystal-clear water—you can see what seems like 50 feet straight down.

Looking at my feet as I treaded water, I saw cracked pottery, large boulders, and stalagmites as thick as tree trunks emerging from the depths below—and the water was so clear I didn’t need the provided goggles. It was one of the most magical places I’ve ever swum (and I’m from Hawai‘i). If you’re into thalassotherapy, Mayan shamans believed a cenote’s waters had healing abilities, and today its mineral content is said to do wonders for your skin (just don’t swallow any). After immersing myself in it, I’m definitely still under its spell. 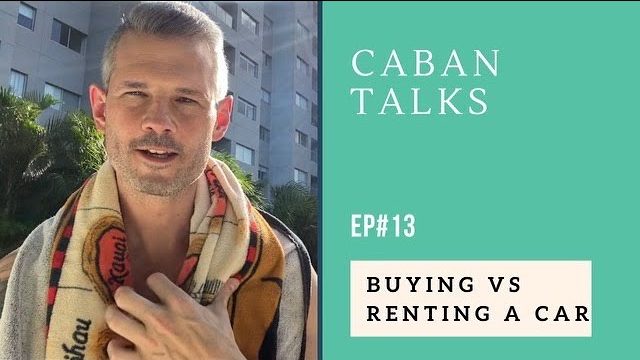 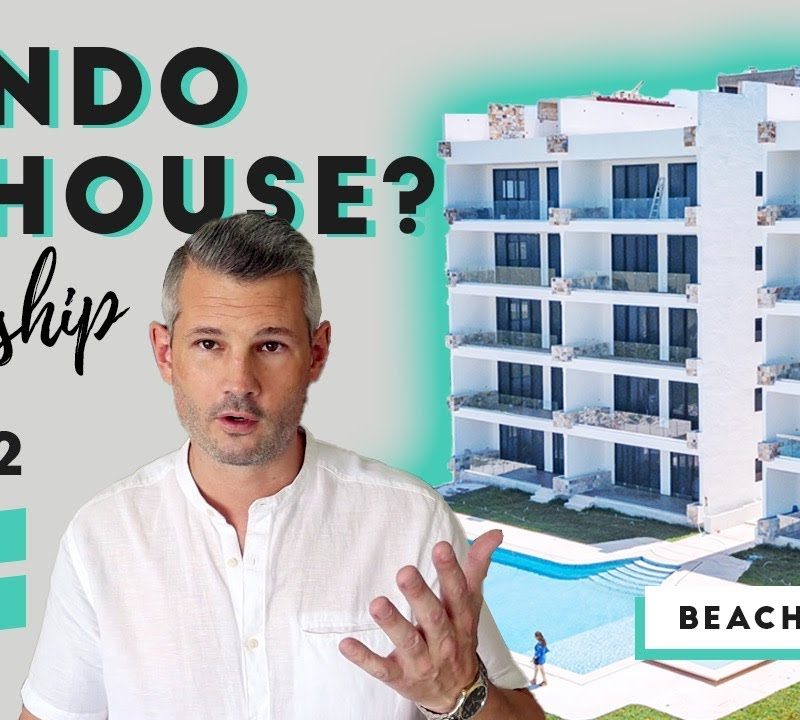 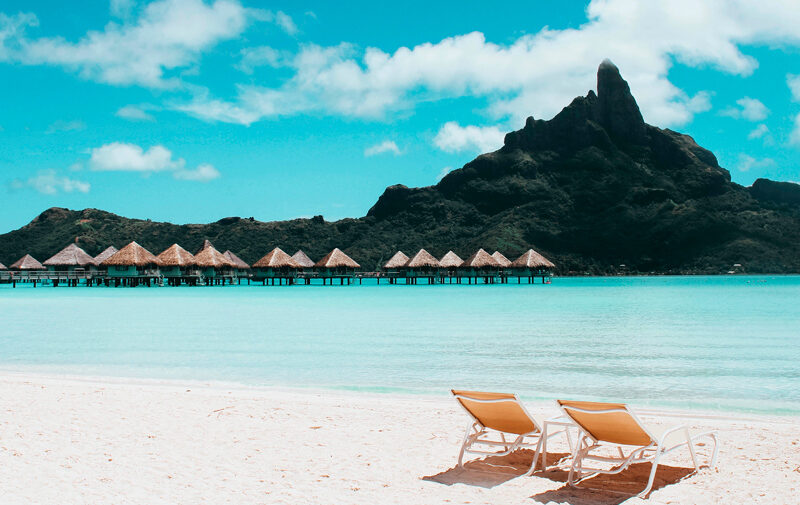